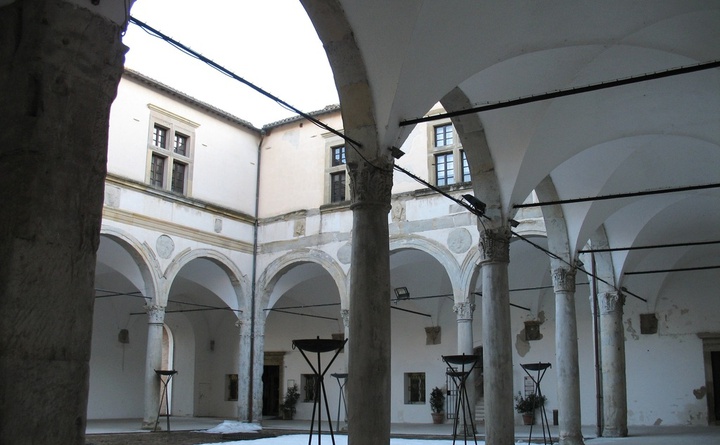 Founded as Collegio dei Dottori 1336 by Bull of Pope Benedetto XII, formally recognized as university 1727 by Bull of Pope Benedetto XIII, and 1753 by Charter of Emperor Francis I of Lorraine who conferred on the Rector the title of Count (which is still used). Closed except for chair of Law by Napoleon. Re-established by Pope Pius VII 1816, and finally reorganized by Bull of Pope Leo XII. Recognized as a free university by decree 1861, confirmed 1923. Became a State institution 1958, enjoying administrative autonomy.